In Loving Memory of
Nirmala Dinakar 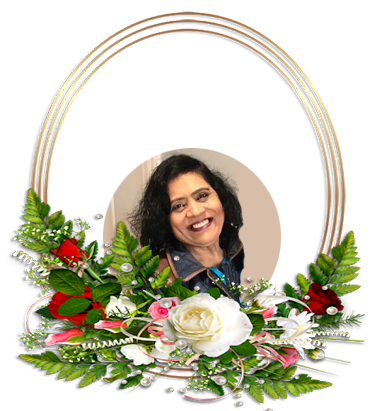 I have fought a good fight, I have finished my course, I have kept the faith: Henceforth there is laid up for me a crown of righteousness, which the Lord, the righteous judge, shall give me at that day: and not to me only, but unto all them also that love his appearing. 2 Timothy 4:7-8

Mrs. Dinakar Nirmala, 67, of Rochester Hills, MI, went to be with her Lord on Wednesday, January 15, 2020. She was a member of the International Assembly of God church.

She was raised and educated in Chennai (formerly Madras). In 1975, she graduated from Ethiraj College, Chennai, with a Bachelor of Arts Degree, and then a Bachelor's degree in Education (B.Ed). Nirmala soon relocated to Bangalore, and then to Lucknow, before moving back to Bangalore and living there until 2004. While in Lucknow, Sis. Nirmala worked at Hindustan Aeronautics Limited (HAL) as a data entry operator. After she moved to Bangalore in 1987, Sis Nirmala began to work in her passionate field as a teacher and headmistress in various school organizations in Bangalore.

In early 2000, she decided to take a step back from her career to be a full-time mother to care for her children. In 2004, she moved to the United States and lived in various states before settling in Rochester Hills, MI, calling it home.

Sis Nirmala was known for her upbeat spirit and love for the Lord. Her cheerful and positive outlook towards life inspired many people.

Sis Nirmala is survived by her loving husband Dinakar Amaldoss, whom she married in 1975, her children, Sheeba (Asariah) of Riverside, CA, and Vineet Solomon (Dinakar) of, Chandler, AZ, and four grandchildren.